NARRATIVE: Fire fighting crews of the Spokane City Fire Dept. responded to 2227 W Sharp at 3:35 on the morning of Saturday, Jan. 27th for a reported house on fire. A plume of smoke was visible in the morning sky as fire apparatus were approaching the scene. The first crew arrived at the address to find a number of large stored items burning freely in a storage area outside of and to the rear of the residence. That first arriving fire crew rapidly laid an attack lead and were able to get the fire knocked down very quickly, their fast work prevented the fire from doing any serious damage to the interior of the residence and from extending to the neighboring house which was separated from the fire house by only a foot or two. Two wheel chair bound females, a mother and her daughter, were assisted from the house by other fire fighters as the fire was being extinguished. There were no reported injuries to any fire fighters or civilians at the scene. The elderly mother was placed into a waiting ambulance and evaluated by paramedics at the scene. She was later cleared to be able to return to her home after the toxic smoke had been removed. An alert neighbor saw the fire and called 9-1-1 which helped in the rapid response to the scene by fire fighters. Six fire apparatus responded to this incident along with 2 command vehicles. The fire is considered to be suspicious at this time and is being carefully investigated by Fire Dept. officials.
PROBABLE CAUSE: This fire is considered to be suspicious at this time and is being investigated by Fire Dept. Investigators.
DAMAGE EXTENT: Multiple items that were being stored outside of the residence were destroyed or heavily damaged. A window in the house was broken by the heat of the fire and that heat along with the smoke did some minor damage to the interior of the house.
DOLLAR LOSS: 5,000
FIREFIGHTER RESPONSE: 23
MUTUAL AID: None Given
Posted by Bill Foss at 9:13 AM No comments:

As seen on the N. Division Eatsa Pizza billboard... 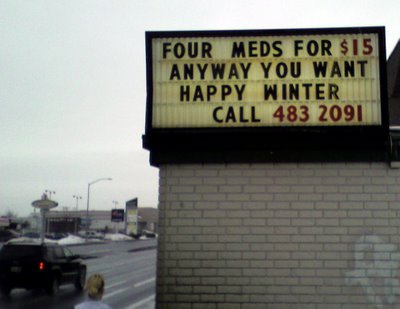 Click on the link to take you to the city's website. Under the FF job description information is a link to the application.
Posted by Bill Foss at 3:24 PM No comments:

NARRATIVE: Today, January 23, 2007, the Spokane Fire Department responded at approximately 9:10 AM to 1314 East North Avenue. The first crew on-scene reported fire at the back of a 1-story, wood framed duplex extending from a window at the south west corner of the lower apartment. Fire fighters advanced a pre-connected hose line through the apartment to the back bedroom and quickly extinguished the fire. Additional fire crews completed search and rescue, ventilation and salvage and overhaul. The fire was brought under control within 20 minutes and there were no reported injuries to the occupants or firefighters. Nine fire companies with 29 firefighters responded to this fire and were on scene for approximately 2 hours. Two families, consisting of 3 adults and 6 children were displaced by the fire and are being assisted by the Spokane Chapter of the American Red Cross.
PROBABLE CAUSE: The cause of the fire is under investigation by Fire Investigator Lt. Greg McClatchey and Captain Kevin Smathers and they may be contacted at 625-7053.
DAMAGE EXTENT: Fire damage was confined to the lower apartment with smoke and heat damage through out the rest of the structure
DOLLAR LOSS:
FIREFIGHTER RESPONSE: 29
MUTUAL AID: None Given
Posted by Bill Foss at 3:12 PM No comments:

NARRATIVE: At 12:59 A/M on January the 22, 2007, the City of Spokane Fire Department responded to the Otis Hotel at 110 South Madison for a reported room fire. Station 4 arrived on the scene at 1:02 P/M to discover smoke showing from the 4th floor window. The fire was up graded to a working fire. Water stand pipes were charged and fire attack leads were hooked up to the stand pipe and advanced to the fire room. A search was conducted and the building was evacuated. The fire was extinguished in about ten minutes after crews arrived on the 4th floor. Smoke filled the halls on the 4th floor and had to be removed before the residence was allowed to return. The fire did not get out of the room of origin.
No injuries were reported due to the fire, although the Fire Department Medics attended to separate medical issues on scene. Damage was confined to the room, bed, and bedding. This fire was investigated and was determined to be smoker caused. Thirty Two Firefighters responded along with two command personnel.