Our condolences to the Jackson family, friends and fans. Sounds like the fire department did their best, but it was too late. There are numerous fansites set up where fans can leave their thoughts. This is not really one of them, but if you would like to say something you can.
Posted by Bill Foss at 3:59 PM No comments: 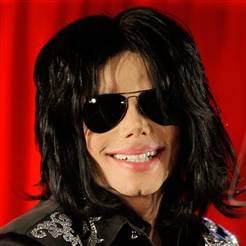 Another good reason for you guys who are on the fence to consider becoming paramedics. No word on Bubbles the chimp.
Posted by Bill Foss at 3:04 PM 1 comment:

NARRATIVE: On the morning of June 25th, 2009 at 3:15 A.M. the Spokane Fire Department responded 26 firefighters with 4 engine companies, 2 ladder companies, 1 pumper ladder company, 1 rescue unit and 2 battalion chiefs to a house fire located at 1908 E. Wellesley. Engine 15 under the command of Capt. Ryan Reding found a single family home with fire coming out the back side. A report was received by the dispatch center stating that there were two people possibly trapped inside. A fast and aggressive search of the structure was started utilizing two fire crews. These search crews split into two groups and were able to cover the main floor of the burning home in rapid fashion. At the same time of the ongoing search, a fire attack team along with a roof team were working together in order to confine the fire as soon as possible. A roof ventilation hole was cut by the roof team and the fire attack team below was starting to darken down the fire but the fire had gained a significant amount of headway and was continuing to spread inside void areas above, in the attic. After a hard battle of hose line stretching, extinguishment, searching, cutting and breaching it was determined to "go defensive" as the house had been considerably weakened by the fire. An immediate withdrawal of firefighters from the interior was ordered. Although the majority of the home had been searched for victims, a small portion remained that had not been searched. Defensive tactics began which involved crews controlling the fire from above using an aerial nozzle stream and from hose lines on the ground on the outside of the structure. As soon as defensive tactics were underway, a report was received that the two occupants were out of town and this was later confirmed to be true. Fire crews also searched the garage behind the home and found a number of dogs to be in good condition. Shortly after this, a partial collapse of the porch roof occurred on the back side of the house momentarily trapping 3 firefighters. The Rapid Intervention Team consisting of firefighters from Ladder 1's crew were deployed to assist. All 3 firefighters were removed from the debris very quickly and one firefighter sustained a minor back injury and was transported to Holy Family Hospital. He was released a few hours later and is expected to recover soon. The other 2 firefighters were not injured. Another firefighter also sustained a minor back injury in the later stages of the fire while operating on the outside of the home and was not transported. As the fire was burning, two separate multi-occupancy complexes on either side of the home were under threat. Fire crews successfully kept the fire from extending to these structures. A complete evacuation was ordered early to ensure the safety of these occupants. All occupants were allowed to return after the fire was contained. The Red Cross arrived and assisted the family of the burned home with shelter, food and clothing. The home was a total loss and plans were being made early this morning to demolish the structure. The cause of the fire is unknown at this time but is currently under investigation by the Spokane Fire Department Special Investigation Unit.

PROBABLE CAUSE: Unknown at this time. Under investigation by the Spokane Fire Department Special Investigation Unit.
DAMAGE EXTENT: The home and the majority of it's contents were a total loss.
DOLLAR LOSS: 170,000
FIREFIGHTER RESPONSE: 26
MUTUAL AID: None Given

END OF RELEASE
Posted by Bill Foss at 12:41 PM No comments: