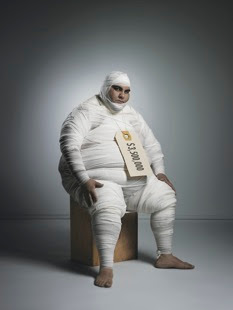 We are at the front lines of providing health care for some of the poorest and sickest people in Spokane. We know there has to be a better way to help someone who has had a cold for three days then having them call 9-1-1 to secure ambulance transport to the ER.

Sometimes we might think we are alone in facing this predicament, but communities all over our nation are seeing the same thing. In Camden NJ, studies showed that one percent of the population was responsible for 30% of medical costs. This article in the New Yorker tells the stories of physicians and other health care professionals who are tackling the problem. Some of the conclusions they have come to are counter-intuitive, but seem to work.

From health coaches and teaching people how to cook their own meals to institutionalizing patients unable to care for themselves, the responses to the problem are diverse. Here are a few tidbits, if you don't have time to read the story:

Brenner and his team are out there on the boulevards of Camden demonstrating the possibilities of a strange new approach to health care: to look for the most expensive patients in the system and then direct resources and brainpower toward helping them.

“Take two ten-year-old boys with asthma,” he said. “From a disease standpoint, they’re exactly the same cost, right? Wrong. Imagine one of those kids never fills his inhalers and has been in urgent care with asthma attacks three times over the last year, probably because Mom and Dad aren’t really on top of it.” That’s the sort of patient Gunn uses his company’s medical-intelligence software program to zero in on—a patient who is sick and getting inadequate care. “That’s really the sweet spot for preventive care,” Gunn said.

The critical flaw in our health-care system that people like Gunn and Brenner are finding is that it was never designed for the kind of patients who incur the highest costs.

For a pedestrian hit by a minivan, there’s nowhere better than an emergency room. But these institutions are vastly inadequate for people with complex problems: the forty-year-old with drug and alcohol addiction; the eighty-four-year-old with advanced Alzheimer’s disease and a pneumonia; the sixty-year-old with heart failure, obesity, gout, a bad memory for his eleven medications, and half a dozen specialists recommending different tests and procedures. It’s like arriving at a major construction project with nothing but a screwdriver and a crane.

Can we lower medical costs by giving the neediest patients better care?

A glimpse into some of the challenges and threats that loom ahead!
Posted by Bill Foss at 10:33 AM No comments:

There is a new section on our website called LOCAL 29 UNFILTERED. You can think of it as a holding pen for possible upcoming WORKER articles. Unfiltered and unedited, you can read most of the newsletter now, weeks before the "polished" article appears in the newsletter. A lot of the stuff (like the newsletter) is probably only going to interest Local 29 members, so it's under the Members Only section.

Bridget Luby has written a great article on The Attic Gym and her experience with Crossfit. Check it out!
Posted by Bill Foss at 10:17 AM No comments:

NARRATIVE: On Sunday, January 23rd, 2011 at 21:10, the Spokane Fire Dept responded one senior ladder, three engine companies, one pumper ladder and one heavy rescue along with two Battalion Chiefs to a reported structure fire at 3315 South Fiske Street. The first arriving engine company from Station 14 in the Lincon Heights neighborhood arrived on scene and reported a single family split level home with smoke showing out of the front door. Engine 14 then reported that all of the occupants were out of the home and accounted for. They then advanced a hose lead into the basement and made a quick attack on the fire. The additional crews searched for extension of the fire and ventilated the structure. The five occupants are displaced until the fire and smoke damage can be rectified

PROBABLE CAUSE: The cause of the fire is under investigation by the Special Investigation Unit of the Spokane Fire Department.

DAMAGE EXTENT: The structure sustained fire damage to the basement and smoke damage throughout the building.
DOLLAR LOSS: 15,000
FIREFIGHTER RESPONSE: 21
MUTUAL AID: None Given

Wacky Letter to the Editor Last Week and a response which the Spokesman-Review wouldn't print.

The next time I am hung up at an intersection by Spokane’s firefighters during their “Pass the Boot Campaign,” I will remember your Jan. 9 story by Jonathan Brunt.

These (sic) civil servants need the “Boot,” they shouldn’t be having their underlings passing it to us looking for handouts.

This disgraceful situation is befitting of Bell, Calif., not Spokane. I can’t think of one reason why we need these individuals. We can’t afford them. Perhaps we should become the largest city in America with a volunteer fire department. Our insurance rates wouldn’t increase more than we are being taken for by these (sic) chiefs.

Bart Needham, in a January 16th letter to the editor, begins his anti-firefighter prose by implying that the “Pass the Boot Campaign” is a vehicle for Spokane’s firefighters to collect money to give to Spokane’s fire chiefs. Actually, the event is called “Fill the Boot” and the money collected from thousands of very kind motorists goes to help local children suffering from muscular dystrophy.

The remainder of his screed continues and concludes with the same degree of bias and inaccuracy.