Fire Press Release - Spokane Family is burned out of their home - No mention in the media!

On February 8th, 2008 at 3:10 P.M. the Spokane Fire Department responded 3 engine companies, 2 ladder companies, 1 rescue company and 2 battalion chiefs to a house fire at 2654 N. Walnut. Fire crews found a wood frame home with fire in one of the upstairs bedrooms. A simultaneous attack, consisting of hose lines inside, ventilation crews on the roof, search teams inside and backup crews, were deployed and effectively, the fire was cutoff and contained after 25 minutes. The home had been occupied by a family of 5 and all were able to escape the house. There was a large population of pets inside the home consisting of cats, dogs, lizards, chinchillas, birds and rabbits and all were spared as most of them were on the first and basement levels. The Spokane Fire Department Community Assistance Resource Team (CARES) arrived along with the Red Cross and assisted with the family in making arrangements for lodging, clothing and food. The entire second floor suffered damage from fire and smoke. The roof was cut open to relieve the atmosphere below of heat and smoke, and some of the floor and wall in the bedroom on the second level was also breached in order to seek out and extinguish any hidden fire that remained. A thermal imaging camera was used to assist with this operation. There were a total 19 firefighters that fought this blaze. There were no injuries to firefighters or civilians. At this time, the fire appears to be electrical in origin. A fire department investigator was called to the scene.


Electrical wiring underneath the bedroom floor.

Heavy fire and smoke damage to both second floor bedrooms. Clothing, furniture, children's toys and keepsakes were all damaged in this fire. The structure suffered some water damage as well.

Here is some concert footage of the band - La Pequeña Prohibida. Supposedly the union office has some free tickets. Supplies are limited. I think Ed Miller used to manage this group. 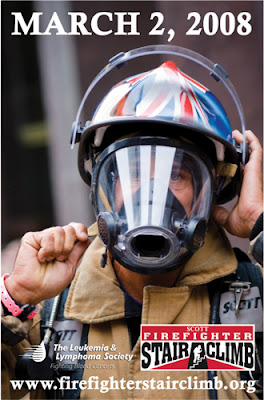 It will soon be here.

If you would like to be a vital member of the team, without even breaking a sweat, please click here

Your donations will help fund blood disease research!
Posted by Bill Foss at 1:09 PM No comments:

On 2-4-08 at 8:01 P.M. the Spokane Fire Department responded 3 engine companies, 2 ladder companies, 1 rescue company and a battalion chief to a fire in a home located at 1417 W. Shannon. Firefighters found a fire burning near a wooden stairway and rapidly extending through walls and floors nearby. Two adults and two children made their way to safety because they were alerted by working smoke detectors. A centrally supervised alarm system was present in the home and the fire department was alerted immediately because of this. Crews worked hard to expose the hidden fire in the walls and floor by cutting open these areas with pike poles, axes and chain saws. Due to the smoky conditions inside, this took some time but eventually, firefighters were able to expose all areas where the fire had traveled. The fire was successfully contained after 45 minutes. It appears that the fire began after a fire had been built inside a fireplace insert. After heavy use, hot fires and repeated exposure to radiant and conducted heat, wooden framing members surrounding the chimney ignited. Once this ignition occurred, the fire then extended vertically inside the wall and also caught a portion of the wooden stairway and floor above on fire. There was smoke damage throughout the home, a minimal amount of water damage, and heavy fire damage to the walls, staircase and floor. A total of 21 firefighters responded to this alarm. There were no injuries to firefighters or civilians. Shortly after the fire was contained, the Red Cross arrived to assist the family with arrangements. A working smoke detection and alarm system was key in alerting the family in this fire. The father had said that he had just put his children to bed and then his detectors began to activate. Firefighters remained on the scene until approximately midnight making sure all of the hotspots had been thoroughly extinguished. A fire crew will report to the scene this morning as well to complete some follow up work.


Repeated and heavy use of a fireplace insert that had with time, ignited adjacent structural framing members due to conducted and radiant heat.

Heavy fire damage to walls, a floor and the staircase. Smoke damage throughout the home and a small amount of water damage.

END OF RELEASE
Posted by Bill Foss at 9:55 AM No comments:

On 2-4-08 at 12:05 P.M. the Spokane Fire Department responded 3 engine companies, 2 ladder companies, a rescue company and a battalion chief to an apartment fire located at 2006 W. Gardner. Upon arrival, fire crews found a fire burning on the second level of a 2 story home that had been converted into 4 apartment units. The fire was located in a wall and was rapidly extending into the attic. A rapid search was conducted throughout the structure and it was found that all occupants either had made their way to safety or were not at home. Firefighters had to fight their way through very poor visibility due to the thickening smoke and growing fire. Two teams of ladder crews were able to successfully ventilate the roof by cutting it open with their chain saws. This allowed the build up of heat and smoke to rise and increase visibility while at the same time, help confine the fire by drawing it in one direction. Firefighters were able to contain the fire after 40 minutes. The fire was caused by a plumber's propane torch that was too close to combustibles while doing some repair work within the home. There were 4 occupants that will be displaced temporarily while repairs are made to the home. These occupants will be staying with friends/relatives. An SFD CARES (community assistance response team) representative was helping with making arrangements for the tenants. A total of 23 firefighters responded on this alarm. There were no injuries to firefighters or civilians. The Spokane Fire Department would like to remind everyone that when using open flame, a clearance of at least 3 feet should be maintained between the flame and the combustibles. It is also recommended that a fully operational extinguisher be kept nearby at all times.


A plumber's torch while performing repair work, too close to combustibles.

Heavy fire damage to the upstairs bathroom and kitchen. Smoke and water damage throughout the 4 unit apartment building.

END OF RELEASE
Posted by Bill Foss at 7:28 AM No comments: