From your Spokane Firefighters! We are thankful for you and proud to be a part of the community since the beginning of our city. Thanks for your support. We appreciate it and you!

Ask your neighbors and friends if they would like to keep Engine Nine open. 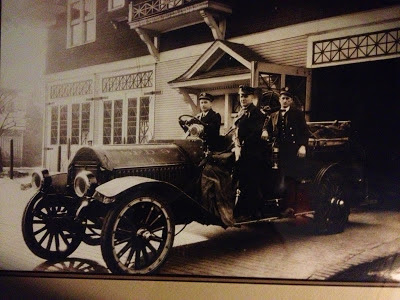 Forecasted 2013 budget constraints will cause about nine  Spokane Fire Department layoffs. In addition, there are many vacant position (from retirements) that will also remain vacant for 2013.  For my neighborhood, this means Station Nine on 18th and Bernard will be losing the staffing for their fire engine by eliminating their 12 positions (three crewmembers, four shifts).

Current plans are to move Rescue One (a two person truck) from Station One (Downtown) to Station Nine, when the 12 positions are removed. This truck carries no water and has no pump. If there is a fire in the neighborhood, fire attack will have to wait until an engine can come that is able to pump water. This engine would likely come from Downtown or from Perry and 32nd. And even if Rescue One had a pump and water, because this will be a two-person crew instead of three, fire suppression safety laws would severely limit the ability of the crew to fight fire or rescue occupants, especially when first in.

Because Rescue One is the city's one rescue truck, it is dispatched to every structure fire that occurs in the city. When that happens in the future, there will be no firefighters at Station Nine.

The city council is considering implementing a one-percent property tax hike. This has been done over the last few years by our previous mayors. The median cost would be $4.50 per year for each household (or about 38 cents per month per home).

Councilman Snyder has voiced his support for this. I don't know about Mike Allen, our other South Hill council member. His email is mallen@spokanecity.org and he can be reached at 625-6255. There will be public testimony on this tonight at the city council meeting.

If this passes, with some of the funds (some will go to the police too), they could save three to four positions and keep our neighborhood fire station open with a three-person fire engine, just like it is now. Downtown's two-person Rescue One would remain unstaffed until budget projections (another subject for another day) get better.

As you know, I am a little biased about this, so my opinion won't count as much as yours. But, I can say that even if I weren't a firefighter, I would still be very supportive of paying 38 cents per month to keep a fully-staffed fire engine at Station Nine in my neighborhood.  How about you? Thank you!

Spokesman-Review article is here.
Posted by Bill Foss at 9:32 AM No comments: