Click on the title above or here for coverage on this. You probably won't hear much about it from the corporate news media.

The same people that we bailed out, the same people who created such economic woes for states are now owning the people running some of of the states. They are taking the money we gave them to fund a fight against us. Organized labor has always been the enemy to these folks. They used their tax breaks in the 1980s to destroy organized labor in the private workforce by moving jobs to China. Now they are using the windfall we gave them to destroy organized labor in the public sector. Wisconsin is the birthplace of collective bargaining. There is little doubt that we could be facing the same battle here.

These folks will not be happy until all workers are little more than slaves. And in many states, they have bought themselves a government to make it happen. This IAFF spot says it best: 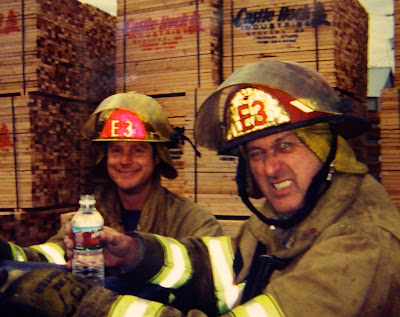