Narrative:
On Wednesday, February 15, 2012 at 02:04 AM, 6 Companies of Spokane Firefighters, 1 Senior Ladder, 4 Engines, 1 Heavy Rescue under the direction of Battalion Chiefs Jones and Haworth, responded to a Structure Fire at 727 West Glass. While enroute to the incident, companies were notified by Fire Dispatch of multiple telephone reports indicating flames showing and that civilians may be trapped in the building. The first company and Battalion Chief arrived within 5-minutes to find a three-story large, wood frame apartment building with heavy fire showing from the address side on the third floor. The first arriving Engine and Ladder companies went to work immediately after arriving and stretched hose lines to the third floor in an attempt to control the fire's progress and limit damage to the unit of origin. Simultaneously, the Ladder Company went to the roof and offensively ventilated directly above the fire. Additional arriving companies secured a protected stairway and accommodated safe egress for residents that were trying to escape through the intense smoke. Early in the incident it was discovered that the closest fire hydrant was several blocks away and would require a personnel-intense operation to stretch several hundred feet of 5" supply line (in 20 degree temperatures, ice and on the Post Street Hill). All companies assigned on the first alarm were immediately dedicated to searching the building while trying to suppress the fire's progress when they arrived; based on the water supply challenge and growing need for resources, the initial alarm was upgraded to a working fire and modified to include an additional Ladder and two Engine Companies. The additional companies teamed up to force entry and search each apartment unit on the third floor conditions for savable civilians. Those companies worked under heavy smoke/fire conditions and were able to evacuate several civilians to safety and eventually to an awaiting, warm STA bus requested by the Incident Commander. Swift and decisive action by first arriving fire crews which came from neighborhood Fire Stations 13, 2 and 15 allowed a successful search of the entire fire-floor and confined the fire to primarily two units. The fire was declared under control in approximately two hours and one resident from the third floor received minor burns and smoke inhalation. The adult male was treated by Fire Department Paramedics, however he refused transport. One firefighter received an injury, however remained on-duty to complete his shift.

Cause:
The cause is under investigation currently by the Fire Department's SIU.

Damage:
Damage appears to be limited to two units on the third floor including structural areas in the roof. Aggressive firefighting, leadership and the execution of a structured plan prevented extension of the fire to horizontal areas in the attic as well as to any of the remaining 16 units in the building. Without those actions, and recognizing that this building did not have a fire protection system (sprinklers), this incident would likely have escalated to a multiple alarm incident with severe injuries and likely fatalities. The Inland Northwest Chapter of the Red Cross is assisting the occupants (approximately 40) with temporary shelter and assistance. The building owners have contentedly secured properties in their inventory to relocate displaced residents for the long-term and were on scene this morning to help with the process. 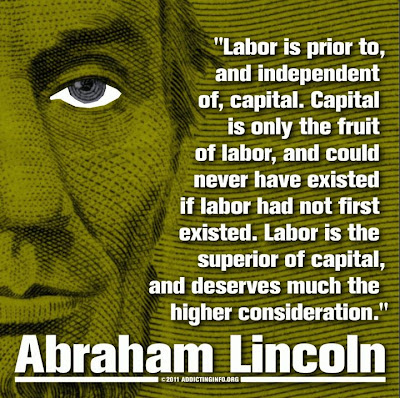 Narrative:
On February 12, 2012 at 09:49 AM, 6 Companies of Spokane Firefighters, 1 Senior Ladder, 1 Heavy Rescue, 4 Engines under the direction of Battalion Chiefs Thompson and Moline, responded to a Structure Fire at 1927 West Augusta Avenue in Northwest Spokane. Spokane Firefighters arrived within 4-minutes to find heavy smoke and flames showing from the roof and second floor window on the back side of the house. The first arriving Chief declared a working fire and added an additional senior ladder to the incident while firefighters made quick work of the fire which had spread throughout the second floor and the attic. Arriving engine companies stretched pre-connected hose lines into multiple areas of the structure to confine the fire's progress while ladder companies went to the roof to provide vertical ventilation. A search of the structure was completed and it was found to be vacant. The well coordinated effort of firefighters extinguished the fire within 1 hour, salvage and overhaul continued for an additional 2 hours. There were no injuries to civilians or firefighters during this incident.

Cause:
The cause was determined to be electrical in nature.

Damage:
The second floor and roof received heavy damage. The electrical service to the structure was disconnected until repairs are made.