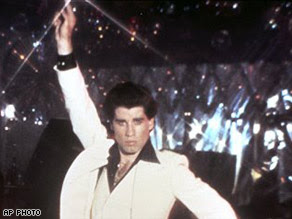 Next contract - gold chains for Class As.
Posted by Bill Foss at 10:58 AM No comments:

NARRATIVE: On October 14th, 2008 at 6:32 pm the Spokane Fire Department dispatched 2 Engines, 2 Ladders, 1 Heavy Rescue and 2 Command Officer to a reported basement fire in a home located at 618 W. Shannon Ave. A Spokane Police Officer at the Neighborhood COPS substation was also notified about the fire. He arrived at the residence within a minute and reported the fire conditions to Fire Dispatch. He also made sure the occupants were out and assisted an elderly gentleman from the front of the home.

Fire Engine 3 under the direction of Lt. Greenamyer arrived with his crew within 4 minutes. Lt. Greenamyer reported that he had a single story residence with smoke and fire coming from the basement. Engine 3s crew descended through the smoke down into the basement and made a quick attack on the fire. Other fire crews on the scene provided ventilation and backup. One of the responding paramedic units tended to the elderly gentleman who was with the Spokane Police Officer.

The basement fire was knocked down within 10 minutes and was confined to the basement with heavy smoke damage occurring throughout the home. Fire crews remained on the scene for several hours.

The fast actions of the Spokane Police Officer in assisting the occupants from this home contributed to the occupant's safety, and allowed the first arriving Fire Crews to focus on quickly extinguishing the fire. The elderly gentleman assisted from the home was not injured and was not in need of transport to a hospital. Fire Crews did locate the family dog and reported it to be in good condition. The local Red Cross responded and is assisting the family.


PROBABLE CAUSE: The cause of this fire is still under investigation at this time. The fire investigator will look at several possible ignition sources. One of the items that will be checked out is a portable electric heater found in the fire room. Although, it is only one of the potential sources for ignition, the Spokane Fire Department would like to remind everyone of the hazards of such electrical devices. When using these appliances this winter, remember electrical heaters should not be left on and unattended. They also pose a hazard to all combustible materials that are in close proximity the heater when it is operating.
DAMAGE EXTENT: Fire Damage : Basement
Smoke Damage: Throughout structure
DOLLAR LOSS: 10000
FIREFIGHTER RESPONSE: 22
MUTUAL AID: None Given

END OF RELEASE
Posted by Bill Foss at 7:11 AM No comments: