NARRATIVE: Late this evening, January 26, at 2146 hours, the Spokane Fire Department dispatched a total of 7 fire apparatus and 2 chief officers to a reported structure fire located at 5112 W Rosewood Ave.

Engine 16 from Fire Station 16, arrived on the scene 4 minutes after being dispatched. Captain Jim McNamee reported that he had a single story home with heavy fire involvement across the front porch and living room area of the home. He and his crew made an immediate attack on the fire located on the front entry portion of the home. Simultaneously, Engine 16s crew worked in an effort to determine if the home was occupied.

Captain McNamee made contact with a woman who was living in the home. She informed him that she was alright, but that she was unsure if her son had arrived home from work. She stated that her son might be in home's basement.

Incoming fire companies extended additional hose lines into the home to extinguish the fire while other firefighters searched the home in an effort to locate the son. The fire was knocked down within 5 minutes and it was determined that the son was not home.

The aggressive actions of the first arriving crews confined the fire damage to the front porch and living room. Most of the first floor sustained smoke damage. There were no injuries reported relating to this fire. The fire cause is still being investigated at the time of this media release. 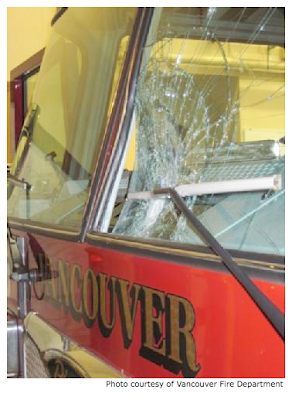