NARRATIVE: In the early morning hours of September 5th, 2008, the Spokane Fire Department dispatched 6 fire apparatus to a reported house fire located at 5906 N. Whitehouse St. The responding fire companies were dispatched at 0256 hours. Engine 13, under the direction of Lt. Sherryl Hart was first on the scene and reported heavy fire involvement in the one story home. She, along with her crew started an aggressive fire attack within 5 minutes of the initial dispatch. Additional assignments, including searching the home for victims were given to the other fire crews as they arrived. The coordinated efforts of the fire crews brought the fire under control within 10 minutes after arrival.

There were no injuries to the firefighters or to the one occupant that lives at the home. The heavy fire involvement extensively damaged the interior of the home. Red Cross representatives responded and are assisting the one displaced occupant. The fire cause is still under investigation at this time.

END OF RELEASE
Posted by Bill Foss at 7:29 AM No comments:

NARRATIVE: The Spokane City Fire Dept. dispatched firefighting crews and fire apparatus to 2801 N. Napa at 9:52 PM, Tuesday, Sept. 2nd, on a reported warehouse fire. A large column of black smoke was visible on the horizon as fire rigs were nearing the location, as the first responding rigs got closer they could see a large amount of fire coming through the roof of a metal-clad wood/framed warehouse. Within minutes a 2nd alarm response was requested and additional fire crews and equipment were added to the response. When crews arrived on scene the fire had already heavily involved much of the structure. As fire crews worked to force entry into the locked warehouse, other crews began laying water supply lines and fire hoses to be able to be in position to advance those hose leads inside the building once entry could be made. While this work by the crews was going on outside, the fire inside continued to grow in size and intensity. As doors were finally forced or cut to provide entry into the structure the decision was made to not risk injury, or possibly more serious risks to the firefighters, by attacking this fire from the outside. Large volume water delivery devices were brought into play from the perimeter of the building and the fire was gradually knocked down. Damage to the warehouse and its contents was considerable. With the help of Spokane Police Officers who were at the scene and a helpful citizen with a pick-up truck, a number of fiberglass boats stored up against the fire building were removed from danger to areas of safety away from the building. There were no reports of injuries to any of the firefighters at the scene or to any civilians. Ten pieces of fire fighting apparatus and two Command vehicles delivered 40 firefighters to the scene of this large fire. Fire investigators from the Spokane Fire Dept.'s Special Investigation Unit were at the fire as it burned during the night and will be on scene today as soon as the sun rises to begin their task of determining a fire cause. Fire watch companies were at the scene during the night to insure that the fire was completely extinguished and to provide security for the scene as well as for the contents of the heavily damaged warehouse.

PROBABLE CAUSE: This fire is curently under investigation by the Special Investigation Unit of the Spokane City Fire Dept.
DAMAGE EXTENT: Very heavy damage to the building and to the contents of the two businesses located in the structure. Complete damage estimates have yet to be determined.
DOLLAR LOSS: 250,000
FIREFIGHTER RESPONSE: 40
MUTUAL AID: None Given

END OF RELEASE
Posted by Bill Foss at 11:25 AM No comments: 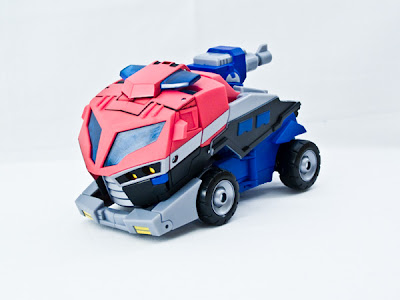 Featuring food (David's pizza), door prizes, vendors and some new futuristic apparatus. Starts at 10 am and goes until 3 PM. Sounds like a good time!
Posted by Bill Foss at 11:05 AM No comments: 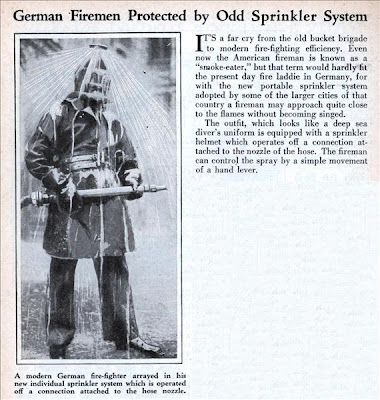