NARRATIVE: On Saturday, February 13, 2010 at 5:38 AM, 6 Companies of Spokane Firefighters, 1 Senior Ladder, 4 Engines, 1 Heavy Rescue under the direction of Battalion Chief Dave Haworth and Steve Sabo, responded to a Structure Fire at 5108 North Market (Alaskan Tavern).

While enroute to the incident, companies were notified there were reports that civilians may be trapped on the second floor and confirmed that fire was showing. Spokane Firefighters arrived quickly to find a two-story "taxpayer" type building with a full basement. The first companies described the building as a wood-frame with heavy smoke showing from the rear of the building. The first due Engine and Ladder went to work immediately after arriving and secured water supply and stretched a line in attempt to control the fire's progress toward the living areas in the building. Simultaneously the first-due Ladder Company searched each apartment unit under heavy smoke/fire conditions for savable civilians. All companies assigned on the first alarm were immediately dedicated to searching the building while trying to suppress the fire's progress when they arrived. Chief Haworth arrived and assumed command at 5:45 and struck a second alarm, two-minutes after his arrival. A third alarm was eventually struck at 6:18 AM and filled out the incident's resources to include; 10 Engines, 3 Ladders, 1 Heavy Rescue, 9 Command Staff , 1 AMR Ambulance and Supervisor and Red Cross.

Swift and decisive action by first arriving fire crews allowed a successful search of the entire building which resulted in a confirmation that all six occupants were outside and accounted for. The fire was declared under control in five hours and no injuries were reported.

Off-Duty and Mutual Aid Firefighters were utilized to staff SFD Stations and respond to simultaneous incidents during the Market Street Fire.

For continuous updated information and *Photos* Please Refer to our Blog (http://www.spokanefire.blogspot.com) and our Facebook Page.

PROBABLE CAUSE: The fire is under investigation by the Fire Department's SIU. The displaced families are receiving assistance from the Inland NW Chapter of the American Red Cross.

DAMAGE EXTENT: Damage was limited to the building itself and the fire did not extend to adjacent buildings or into the railway area. The building was a total loss. Railway traffic was halted during the incident and was reopened after the incident was declared under control.

NARRATIVE: This evening, February 11, 2010, at 2109 hours, the Spokane Fire Department dispatched a total of 6 fire apparatus and 2 chief officers to a reported structure fire located at 37th and Rebecca.

Engine 14 from Fire Station 14, arrived on the scene a little over 4 minutes after being dispatched. Lt. Doug Dodson reported that he had a single story vacant structure with heavy smoke showing from the boarded up windows. He and his crew advanced a pre-connected hose line to the rear of the structure to attack the fire. The next arriving officer assumed Command and had arriving crews pull plywood from the windows and doors to assist in the extinguishment of the fire.

Crews gaining entry into the structure found a well seated fire that had worked its way into the ceiling and attic areas. "Tongue and Groove" wood used in the ceilings along with remodeled sections of the home made access to the fire difficult. These conditions kept crews working for several hours in the extinguishment of the fire. Extensive fire damage finished destroying this vacant home. The cause is still under investigation at this time. A total of 22 Firefighters responded to this incident. There were no reported injuries. 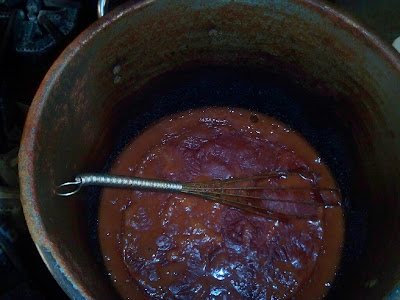 A series of back-to-back emergency calls, and some miscommunication, led to the demise of lunch at Stn 3 yesterday. Remains are interred at an undisclosed superfund site. RIP.

NARRATIVE: The Spokane City Fire Dept. dispatched fire fighting crews and their apparatus to 903 E. Rich at 12:22 AM on Wednesday, February 10th, to a reported structure fire. As the first arriving fire unit was nearing the scene they reported large amounts of smoke being visible in the night sky. Once that unit reached the scene they reported that there was heavy smoke coming from a 2 story, townhouse style, wood/frame, side-by-side duplex and that they were preparing to gain entry into the structure. Additional units began arriving on scene shortly after and they were given assignments that included; laddering the building, searching the structure for anyone who might be inside, fire attack, back-up hose lines to protect those fire fighters who were going into the building to locate and extinguish the fire, horizontal and vertical ventilation, water supply, safety, and the mandated Rapid Intervention Team for the protection of all fire fighters involved in the work at the incident scene. Further reports from the crews who were inside the building indicated that the fire was in the basement and that it was spreading upward through the construction openings and void spaces that are present in all buildings. Crews who were on the first floor began opening walls in an effort to cut off the fire's upward spread and because of their aggressive actions, in concert with the actions of the crews in the basement, the fire was quickly darkened down. Once the fire had been knocked down the labor intensive job of searching for signs of hidden fire in other parts of the building began. Both units of the duplex were in the process of being vacated by their tenants so very little interior furnishings and/or furniture were present, which made the fire fighters overhaul and salvage work a little less demanding. There were no reports of any injuries to the fire fighters at the scene or to any civilians. Damage to the fire unit was severe in the basement where some of the floor joists had actually burnt away thus weakening the structural supports for that entire side of the duplex. The unit that burned will not be habitable until major repair work is completed. Fire fighters working on the first floor in that unit reported very spongy flooring and crews were cautioned to avoid certain areas on that first floor out of concerns that the floor might collapse. Smoke and heat damage were evident on the first and second floors. There was some additional smoke damage to the neighboring unit caused by the smoke migrating from the burning unit; however that side of the duplex should be able to be occupied. The Spokane Fire Dept.'s Special Investigation Unit was requested to respond to this incident to determine the cause of this early morning fire. They were on scene soon after the fire was extinguished and began their investigation work. They were to return to the scene to continue their task once the sun comes up. Twenty three fire fighters were delivered to this incident on 6 pieces of fire fighting apparatus, 2 Command vehicles, and 1 fire investigation truck.

PROBABLE CAUSE: Under Investigation by SIU.
DAMAGE EXTENT: Severe fire damage in the basement of the fire unit causing structural instabilty to the first floor and possibly to the entire east side of the duplex. Heavy smoke damage to all floors of the fire unit and some smoke damage to the neighboring unit.
DOLLAR LOSS: 50,000.00
FIREFIGHTER RESPONSE: 23
MUTUAL AID: None Given

END OF RELEASE
Posted by Bill Foss at 2:18 PM No comments: 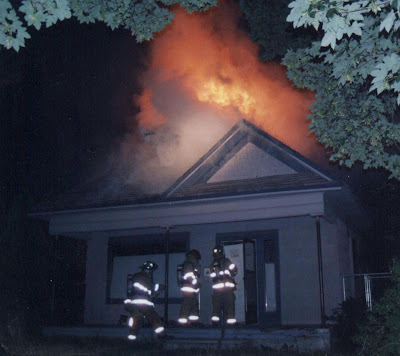 For those of you who weren't able to make it, the newsletter next month will have the minutes.

This month's newsletter is on the local's website, under the member's only tab.
Posted by Bill Foss at 8:41 AM No comments: 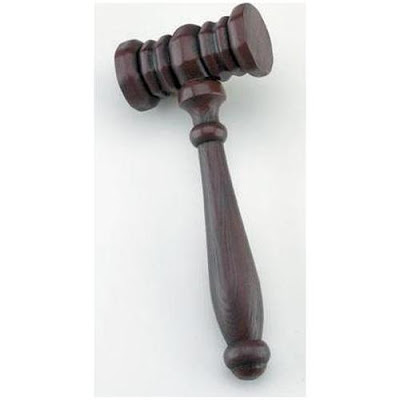 Check your email to see who the special guest is!
Posted by Bill Foss at 6:23 AM No comments: