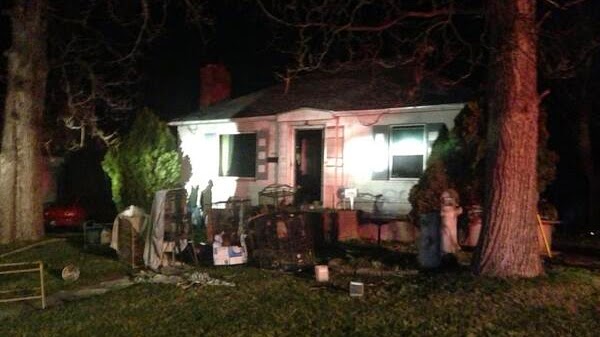 Incident #: 2014016376
Date of Incident: 04/03/2014
Issuing Officer: Joel Fielder/Battalion Chief
Narrative:
This morning, April 3, 2014, at approximately 2:25 AM the Spokane Fire Department responded to 2710 W. Garland on a reported structure fire. The first crew on-scene reported smoke showing from a 1-story wood-framed, residential structure. Upon further investigation by the fire attack crew the fire was located in the basement on the south side of the structure with fire extending to the main floor. Fire fighters aggressively attacked the fire from the interior with additional fire crews completing search and rescue, ventilation and salvage and overhaul. The fire was brought under control within 20 minutes and there were no reported injuries to civilians or firefighters. According to statements made by the 2 occupants sleeping in the basement, they were alerted to the fire by the activation of their smoke detector. They were able to escape the dense smoke and elevated heat conditions in the basement along with a 3rd occupant who was sleeping on the main floor and they all exited the structure prior to the fire departments arrival. Four engine companies, two ladders a heavy recue truck and 2 Battalion chiefs totaling 26 firefighters responded to this fire. Fire crews were on scene for approximately 4 hours to complete salvage and overhaul.
Cause: The cause of the fire is under investigation by the SFD Special Investigation Unit.
Damage: Fire damage was confined to the basement with heat and smoke damage throughout the structure.
# Firefighters Responding: 26
Dollar Loss: $ 50,000
Other Agencies Responding:
Spokane Police Department, AMR